GLYN MILLINGTON
Glyn  is the Minister of Christ Church Henley, and notoriously a man of few words,  far too modest to admit to anything but a love of the Lord and a love of the Scriptures.   When not preaching he loves hill-walking and sea-fishing. He has served in Suffolk, Essex and Devon, before moving to Henley in 2011. 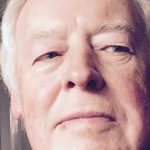 I was born and brought up in Edinburgh and joined the Scottish Congregational Church in Leith where I was a Boys Brigade member. I met my wife Maureen through the Scottish Congregational Youth Fellowship movement, and we have two sons both working in London.  We both became members at Christ Church in 1988 when I moved South to join the Board of my company, working in print and packaging my whole career I eventually retired as CEO of a major international packaging company. I was first ordained as an elder in 1975 in Scotland and have served eight times as an elder at Christ Church over the last 30 years or so. I am a member of the Fabric and Finance and Centre Management Committees at Christ Church. It was important to us when looking for a new Church in England to find one committed to outreach in our community and Christ Church is certainly that, the dedication of its members to serving both Christ and the community was impressive then, and still remains so today. 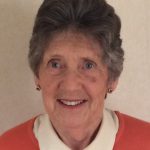 I was brought up in London with my brother and sister by Christian parents, in the Congregational church, though my father was away in the war for three years when I was very young and we then lived with my grandparents.  Tony and I met when we were both students and married in 1963.  We’ve lived in several places, including a short spell near Boston, USA, and settled in Henley in 1972.  Our three children are all married with children of their own who give us much joy.  Most years we have a family holiday all together.  I’ve been retired from my teaching career for many years and enjoy singing with South Chiltern Choral Society, rambling in our beautiful countryside, and exploring London with a local group. Tony and I also love to take interesting holidays in many parts of the world.  Alongside all this I have been part of the Christ Church community for more than forty years and am just beginning my third term as a serving elder. 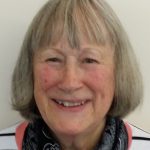 Judith trained as a nurse and a midwife. In the 1980’s,  she travelled and worked in Australia, USA and British Columbia (Canada), and attended the Northwest Baptist Theological College in Vancouver.  She has also worked as a health visitor in High Wycombe and Marlow and, after recognising the strong core of Christ Church members, she joined the team in 2006 and is actively involved in the outreach programs. 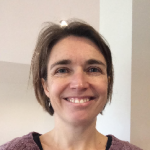 I grew up not far from here, and attended Catholic convent schools until the age of 18.  Imbued with a strong sense of Christianity to provide the guiding principles of life, I consciously became a Christian while at University.  My husband and I moved to Henley in 2006, and shortly after that joined the Christ Church community – attracted by the down to earth community and the strong Junior Church.  We have four children and they love attending Junior Church as part of the Sunday morning service.  I relish being part of a weekly Bible study home group and am looking forward to the challenges and opportunities of being an Elder at Christ Church.  When not on full-time ‘mum’ duty I have worked as a Management Consultant, and more recently followed my interest in the environment and responses to the issue of Climate Change. 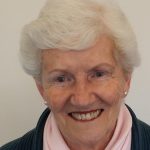 I came to live in Henley in 1983.  I grew up in the Middle East and Aberdeen, Scotland where I attended the Church of Scotland services whenever possible. I have two sons and five grandchildren who live in London.  I joined Christ Church in Henley during a low point in my life and found the kindness shown me and the friendly people a great healer.  I served as an Elder before and am returning to help the Church move onward.  I help at Open House on Mondays and at Messy Church. I’m on the Centre Committee and also do flowers for the Church. 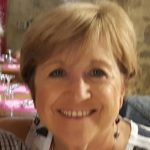 Muriel is originally  from France and has been living in Henley for 30 years. She is married to Peter and her daughter Emily is currently at university. She started her own business in 1988 procuring specific electronic components for large European companies. Her passion is golf and she plays for the county league games which take place from April to September. Christ Church has been part of Muriel’s life for 25 years. Muriel hopes that serving as an elder will help her to better understand the work and mission of our Church. 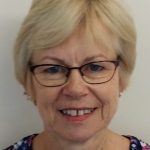 Lynn has always lived locally and joined Christ Church as a member in 1997 after she was made to feel very welcome when she visited the church. Apart from running her own catering business, Lynn worked as a carer. During this time she came to respect the people under her care when she learnt their backstories and saw their bravery under difficult circumstances. Family is very important to Lynn who is the grandmother of 4 children and 5 step-children. Her hobbies are bowls, upholstery and Pilates. Lynn focuses on encouraging people to develop their strengths and grow as individuals within the supportive environment of Christ Church.

Mother, wife, author, and lady of many talents, Siobhan has joined us in Septermber 2019 as our Community Worker, helping us to reach out and to serve our community in the name of Jesus.