“There is a time for everything, and a season for every activity under the heavens.” Ecclesiastes 3 vs 1 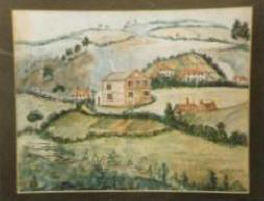 [Show as slideshow]
Situated in the beautiful and picturesque valley of Hambledon, Pheasants Hill Church held its final service on 30th October 2016. The church was packed to overflowing as people came from near and far to share a service of thanksgiving for more than 200 years of work and witness.

The service was led by Rev. Glyn Millington with a heartwarming sermon by Rev’d Clare Downing, Wessex Synod Moderator. You can listen to her sermon here. The music was led by the choir from St. Mary’s Hambledon with Christine Wells playing the organ. Readings were led by Evelyn Robinson, Frances Keene and Sue Morton while Rev’d Pam Richardson offered prayers of intercession and thanksgiving. Jeanne Keene, a strong pillar of the church, gave an informative and interesting summary of the church’s history – see below.

After the service, the community spirit was strongly represented by the tables laden with homemade cakes and buns that would have contestants on the Great British Bake-Off worried!

Memories were shared of christenings, weddings, funerals, events and friendships – all testimony to the true depth of meaning and solid foundations that are built through shared fellowship that is founded on the amazing offer of love and grace from our Lord Jesus Christ.  Although the church building may have ceased to function – we have the promise in Philippians 1 vs 6:  “being confident of this – that He who began a good work in you will carry it on to completion until the day of Christ Jesus”.

The Story of Pheasants Hill Church 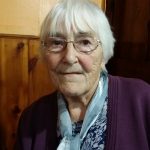 As told by Jeanne Keene, descendant of William Keene, who owned the land on which the church has been built.  Members of the Keene family have been stalwarts of the church since 1800.

“Written records give 1810 as the formation of the church although the building was built in 1807 and prior to this, church meetings were held in houses and barns. There had been a history of discontent with the Puritans in the area and in 1662 under the Act of Conformity, the Rector of Hambledon was ejected. He carried on services in private houses and he could well be regarded as the father of nonconformity in this area.

With the Toleration Act and the evangelical revival, many independent churches were started. The Village Itinerant Association was formed which was subsequently associated with Hackney College. Deeds dated 1807 list four men acting for the society who built the church at their own cost as a place of worship for protestant dissenters on a piece of land that they bought.  Later deeds show that the land had belonged to William Keene. The gospel was introduced by the founder of Hackney College, the Rev. John Eyre whose wife was the sister of William Keene.  Students from the college had student pastorates and the first minister was one of these, William Eastwood.

The Congregational Magazine of 1818 states that it was Calvinistic Methodist but by the end of the century it was firmly Congregational and remained so until 1972 when the United Reformed Church was formed.

There are no records of the early years but a small notebook survived, listing donations for the building of a Chapel House and £322-19-00 built the solid Victorian Manse in 1832. In 1870 a Sunday School was built for £134-5-1d.

In the early years of 1820 in addition to the Sunday School there was a library and a Band of Hope.  A splendid centenary celebration was held in 1910 and to mark it the organ was installed for £110. Previously a harmonica had been used.

In 1919, the pulpit rostrum was bought from another church for £25. New windows were installed in the 1920’s and a stove for the chapel. Electricity and water were installed in the 1930’s. There are no records during the second world war and after the war a local memorial fund committee raised money and Pheasants Hill was given the communion table and three chairs.

In 1960’s the newsletter was started and continued till the present day. In 1966 we held the first Garden Party and the school room had its lean-to converted into a kitchen.  In 1969 the pre-school playgroup was started and grew and continued into 2015. In 1957, catastrophe struck in the form of dry rot in the schoolroom and a local appeal raised £3,500 which was the exact figure needed to fix it.

In 1992 the boys from Finnamore Wood camp redecorated the church. In 1993, new regulations needed us to renovate the kitchen and toilets and once again an appeal was made to raise the money.  By this stage we were also dependent on lay preachers to whom we owe a debt of gratitude.

A women’s group was started and ran for a number of years before being amalgamated with the Mother’s union that ceased after a few years and so the tea afternoons started and continued to this year.

Closer relations with the Parish Church developed and members joined in many services and events. Rev. Pam Richardson was a part-time minister for a few years until 2005 when she retired.  Christ Church in Henley offered Pastoral care and Pheasants Hill church struggled on.  Finally, in 2009, it amalgamated with Henley who took over the administration and finance. The events continued but Sunday services were reduced to two per month.  However, our numbers were so diminished that it is with great regret this last service is being held.

Secretaries, treasurers and organists have come and gone, many with long years of service. The Keene family name runs through that list but there have been many others who have played their part during the years. Their service, attendance and prayers have made what the chapel has been – A true house of God.”