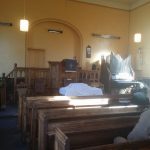 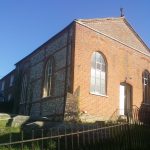 The congregation at Pheasants Hill grew out of the desire of early 19th century Independents to evangelise the nation. The chapel was built in 1810, on land which had been owned by Mr William Keene, by local trustees acting jointly with the Itinerant Society, who later ceded their interest to the Hackney College. Christian worship and witness in the village has been maintained ever since, with the Keene family still deeply involved.

In 1842 The Manse was added, and in 1872 the Schoolroom was added, though the Sunday School had begun two years earlier.

LATEST NEWS:  Sadly it became time for us to close the church, however we are confident that the work which was done there will continue to bear fruit throughout the coming years. CLICK HERE for the final update.