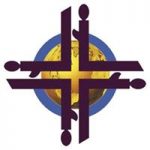 at the SACRED HEART CHURCH

This year the service has been prepared by the Christian women of the Philippines, with the theme –

“AM I BEING UNFAIR TO YOU?”

Each year the service is written by women from a different country which then becomes the focus of the world’s prayers on the day itself.

So from the time that dawn breaks over the Island of Samoa until the last service the world is circled in prayer.

The symbol of the Women’s Day of Prayer was designed in 1982 by women of Ireland, both North and South and was adopted as the international logo.

The arrows represent the converging of the four points of the compass, four figures kneeling in prayer, the Celtic cross and circle representing the world and our unity through all our diversity. 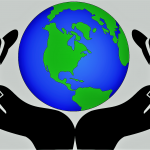